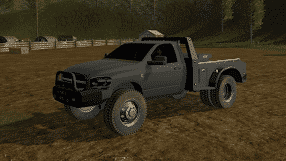 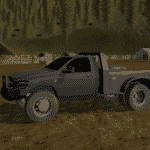 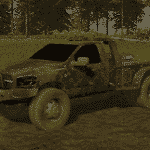 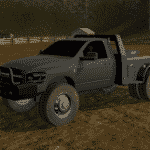 This FS17 PC mod edit release is a 2008 Dodge Ram Flatbed, the truck was Blake McLains service truck that he had done.

Rico changed the bed from a service bed, to a flatbed. He put different tires and rims on the truck, added a pushbar and a toolbox.

There was a lift done to this truck edit, and he did some xml work on it too!

This FS17 PC mod edit release of a 2008 Dodge Ram Flatbed also has color and engine options, this came from the original mod from Blake McLain.