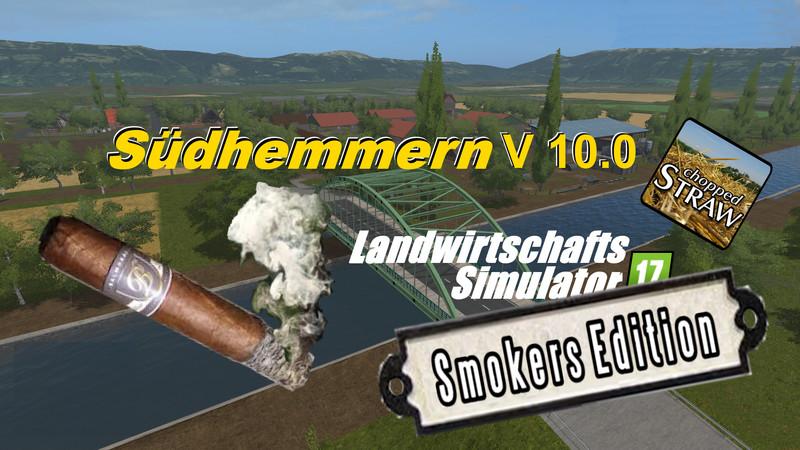 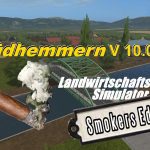 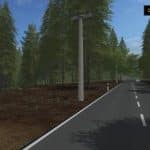 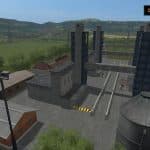 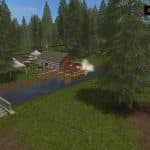 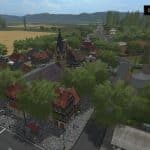 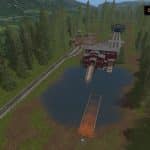 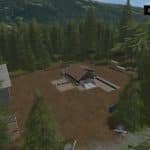 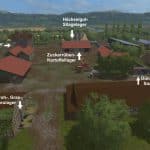 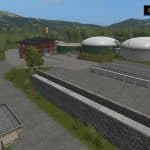 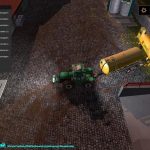 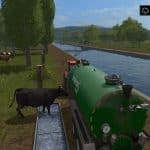 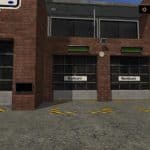 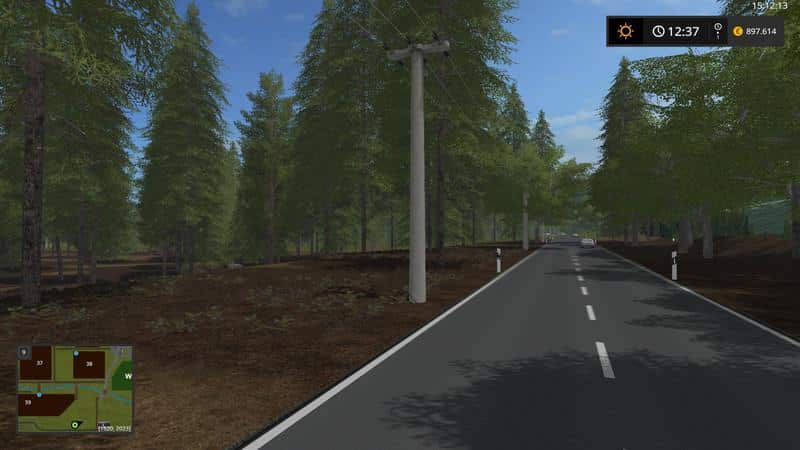 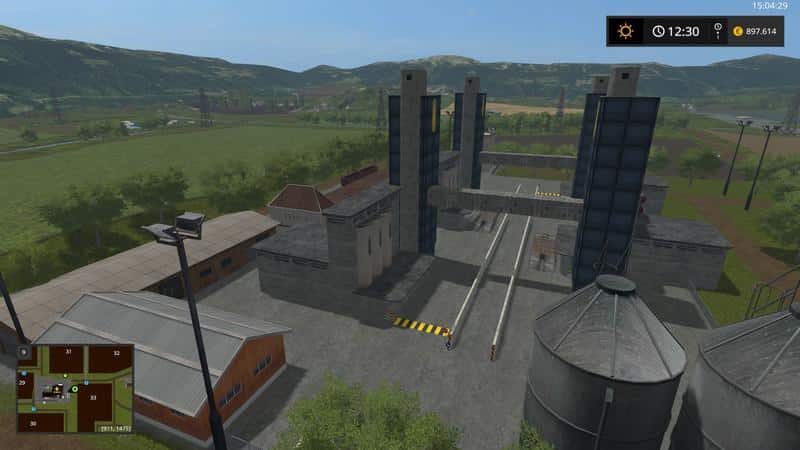 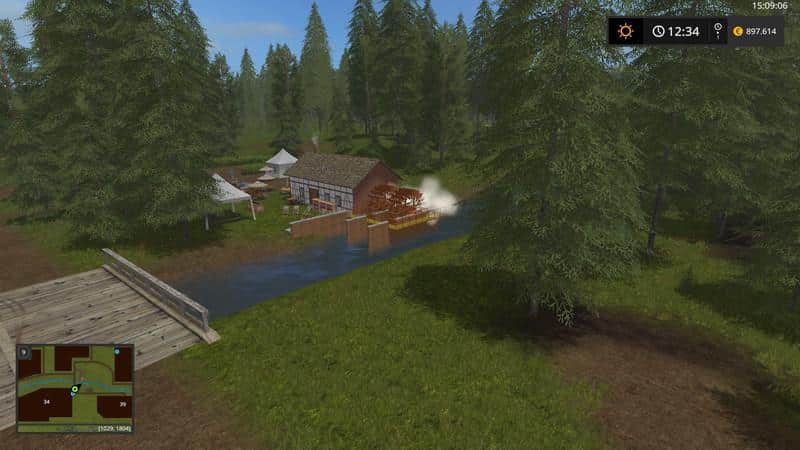 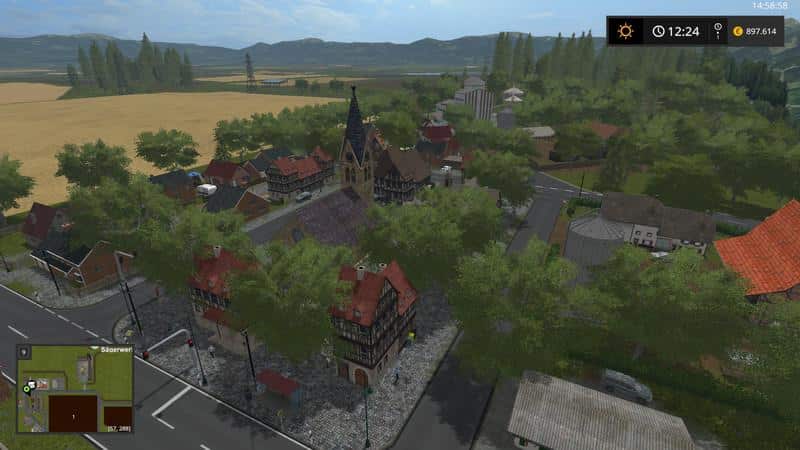 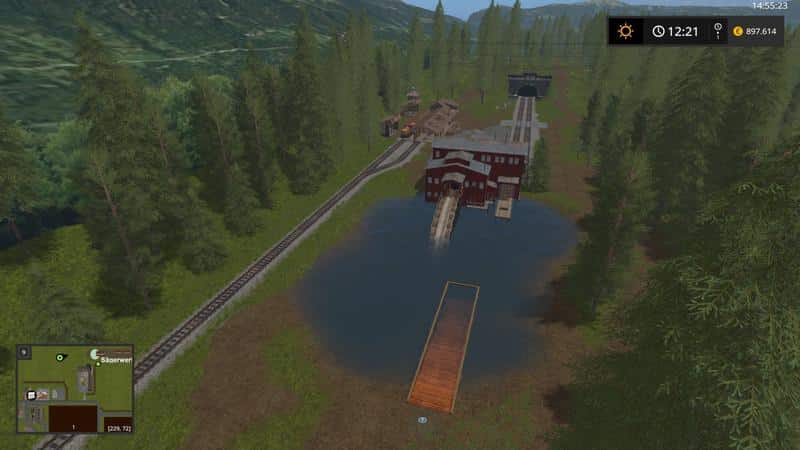 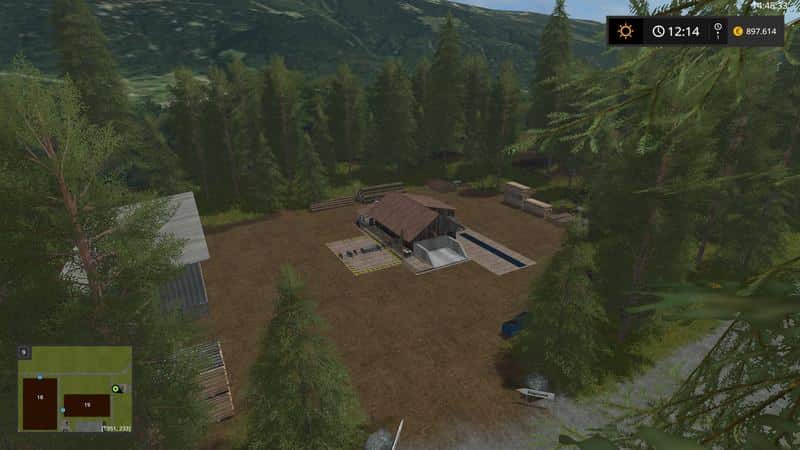 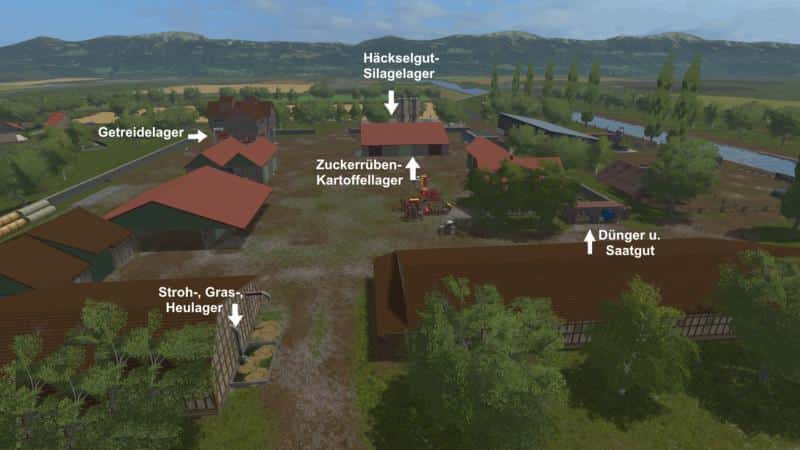 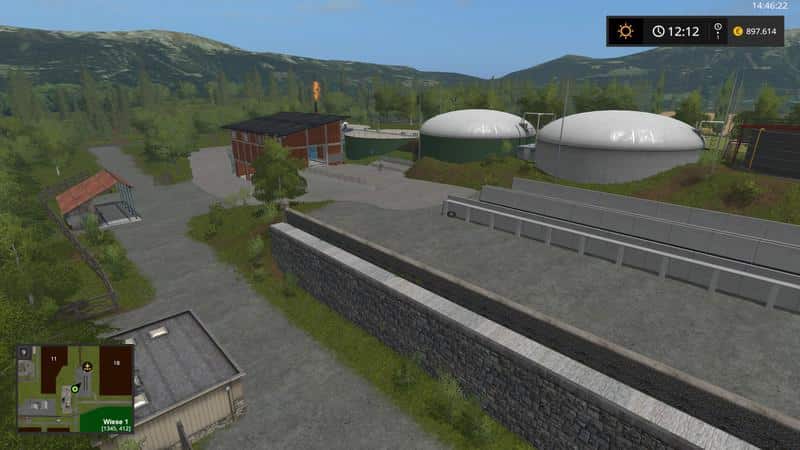 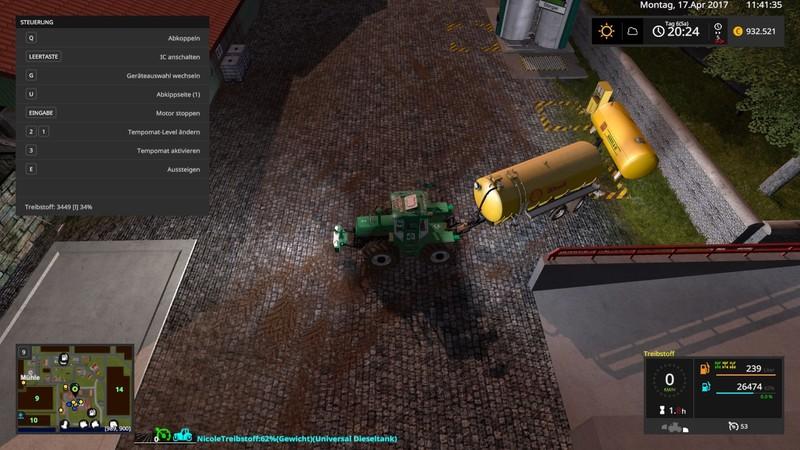 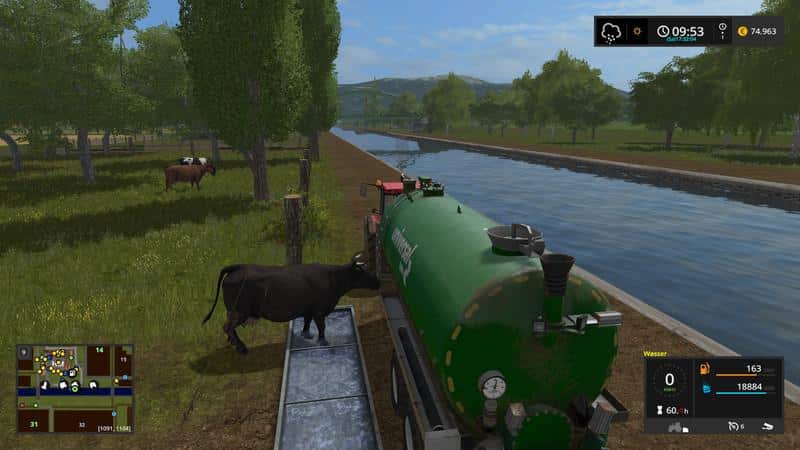 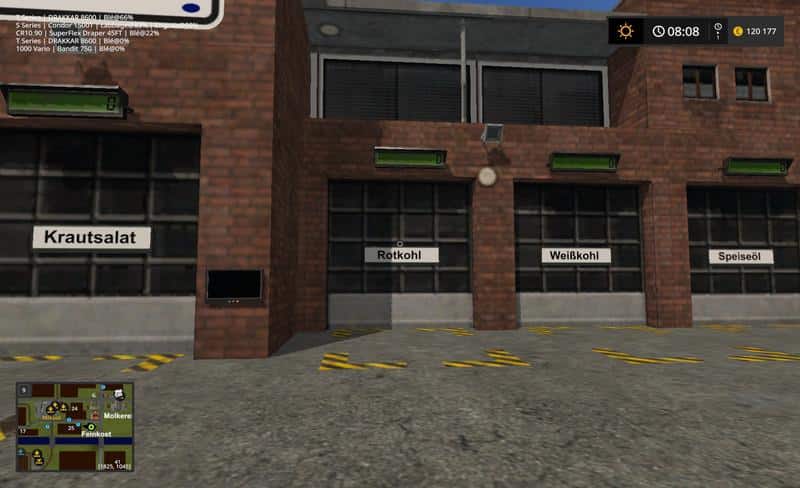 Just in time for Nicholas I would like to publish the first version of Südhemmern-Map from the LS 15 for the LS 17 and hope I can one or the other player to make a little treat. Due to the extensive changes to the LS 17, it is practically a reconstruction of the previous map.Version 10.0 Smokers EditionNew fruit type tobacco inserted, cigar factory inserted (from tobacco and wooden pallets are produced cigars), selling points for tobacco and cigars, warehouse for tobacco on the farm and warehouse for cigars inserted at the warehouse, smaller decoration measuresThe map consists of the villages Südhemmern (center), Hartum (west) and Hille (Eastern).There have been created 42 fields, of which you are at the beginning. 4 There are 2 large meadows, which are not defined as fields, so that they can not be edited with a Helder (which is done deliberately so). By the middle of the map of Midland Canal runs from west to east with 5 bridges.All animals (chickens, pigs, cows and sheep) are deviating from the old version of the LS 15 now directly on the farm and can be supplied there. On the farm there are separate silos for Gtreidesorten, a camp for potatoes and sugar beet, a camp for straw, grass and hay sowei a camp for silage and chopped. The Abkipporte and Entnhamen are clearly visible. In addition, is still a stock for crap installed that can be taken, however, only with normal followers again. Unfortunately Miststreuer not load this directly from the warehouse, which is due to the scatterers, I can not change now. On the farm (hydrant) and behind the farm (well), there are also water. In addition to one of the barns, the shelf for big packs is set, but there is also a small cottage for seed and spreading fertilizer, where the equipment can be filled directly. Fertilizer spraying can not loaded there.Spread over the map, there is a hamlet and 3 barns, where everything can be tilted, which is attributed to the Hoflager. On the PDA, this tipping stations are referred to as Hof.Silo and so easy to find. These are used for the storage to spare driveways, who wants to use it. Dor is also available each seed and spreading fertilizer.Since the Hoflager are limited to 250,000 l can additionally ashore trade in Hille (entrance) can be stored. There, the capacity is limited to 500,000 liters per fill type. The storage there costs money. Removal is also there on the red tube.There are the fruits wheat, barley, canola, soybeans, corn, rye, oats, potatoes, sugar beets.In addition, the grain train and timber train from the LS 15 are installed. This train can be after loading Submit and so gets additional revenue.It is also fitted the sawmill of Marhu. The sales pitch for the boards pallets located in the train yard. There is a timber loading station is set up.As in the LS 15, the traffic lights are installed from the LS 13 and run. In the unpacking ZIP-still is next to the map ZIP another ZIP, the need in the modfolder. Traffic lights cause a small LOG-entry, but does not affect the game. On the control boxes can turn off the lights also.The outlets are displayed in the PDA all. At the flour mill there are two tilting, respectively accept only certain fruits. At the entrance are signs. There are two trigger sales at the sawmill from the LS 15 in the northwest, once the timber train, as already mentioned, and the timber pond, in which you have to reinsetzen backwards. When one is deep enough, the logs are sold.The reset point is no longer the merchants, but in the yard.There are 3 Viehändler, instead of just one. In Hartum there are pigs in Hille there are cows and in the center there are only sheep (traders symbols are displayed on the PDA. I thought it was stupid that a trader is to sell all kinds of animals, which is not realistic, so my Solution.On the Map some shelters are built for tipping and two placeholders for more, for those who simply want to tilt and have fun on the blades or the conveyor belts.There is a large BGA with 2 Transit silos. In addition to the barn are two transit silos so that sufficient produce silage is who because fun has it.One can sell 3x straw, once a straw power plant at the normal price, even at the EiMoAG at a slightly higher price and once in the Landi at the highest price (if you have not delivered much).So, I find it more now no longer a, I wish a beautiful gameYour GMCW
GMCW