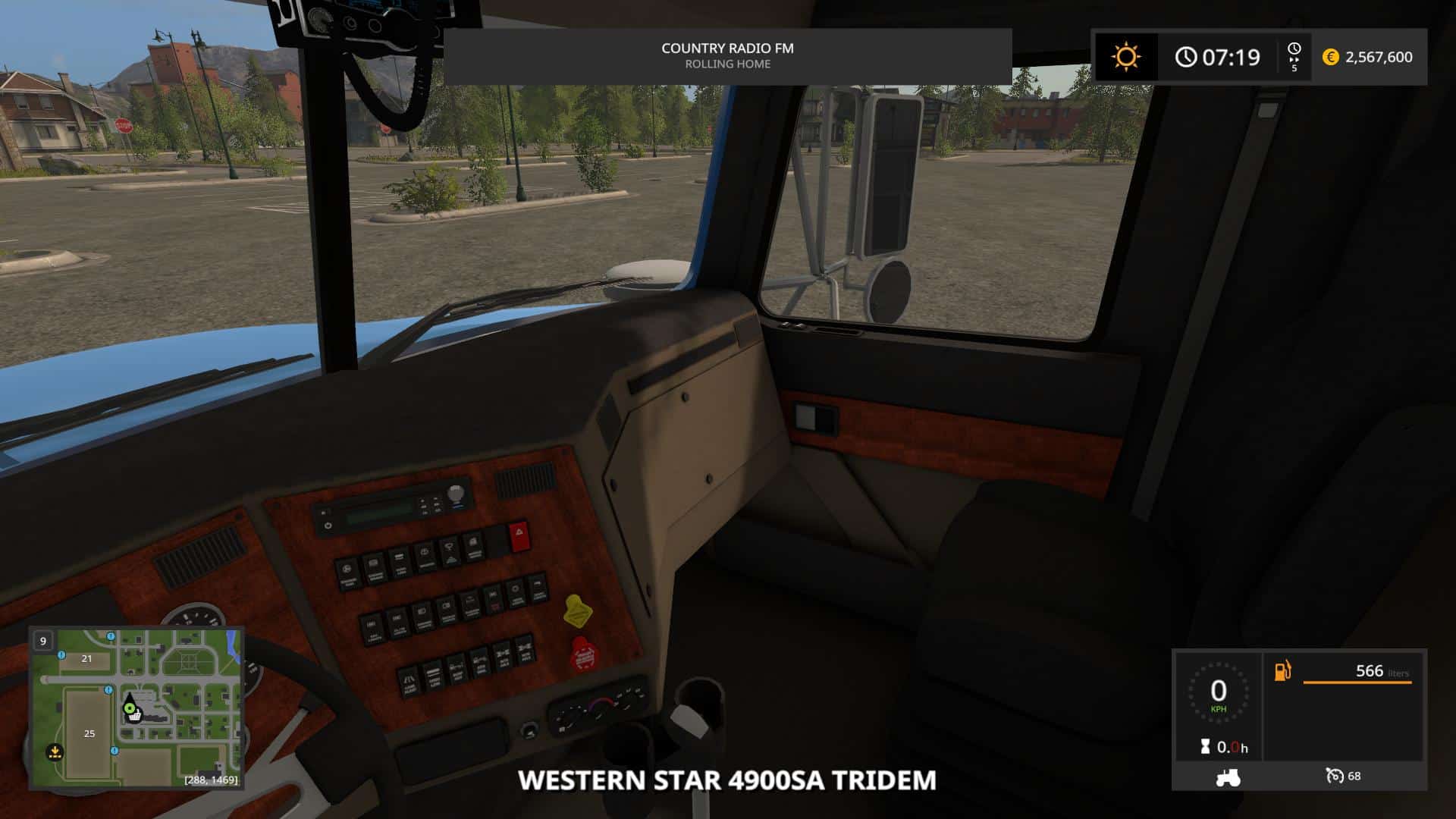 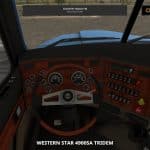 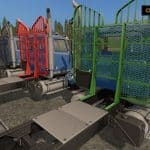 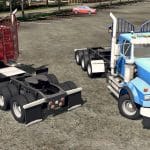 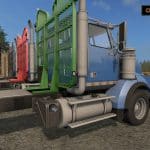 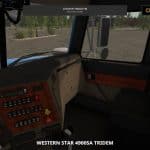 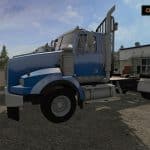 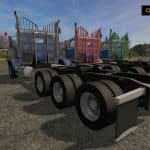 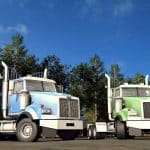 After fighting through issues and making small tweaks for a couple of months, I’m finally ready to release my Western Star 4900SA pack for FS17. GIANTS included the Lizard SX 310 Tristar as a default vehicle with the game, and after only a quick glance, it was apparent to me that the Tristar is a Lizardified version of the real life Western Star 4900.

Using MacenkoDenis’s tandem axle Tristar as a base, I added vertical grille bars, included a logo from sib3rius’s ATS Western Star, and retextured the headlights to remove the built-in turn signals found on the default truck. I also rebaked and remapped the cab textures and chrome parts, created a new dirt skin using Blender Paint, and added a logging cabrack built for another project.
The frames have been lengthened to 200+ inches for the tandem and 250+ for the tridem, and the interior on both trucks has been completely retextured to represent the Western Star. The steering wheel and seats on both trucks are from the ATS Western Star by sib3rius.

Thanks to tex57 for help with the script and to a number of people for helping test it out and correct issues. If you have problems climbing steep hills off road with the tandem version, download Drive Control by upsidedown, and use the 4WD (left-shift 4) and diff locks (left-shift 5 and left-shift 6).